24h ago another terrorist attack happen at Nice, France. The 3rd one this year in this western country. The main reaction from public is incredible simplistic: #PrayForNice.

Instead, the focus should be how to avoid such things in the future.

Education, better life conditions, better economics should be a parts of the solution. But I don’t want to cover those now.

The solution I propose to prevent terrorist acts is “Citizen DNA”.

Each living person (citizen or not) that are breathing between your borders should have a track record, a history, updated in real-time and analyzed by AI to predict future behavior. When some milestones are hit, a warning will be raised and the intelligence community will manually further analyze and inspect that person.

What variables can be taken into consideration:

As far as I know, right now in the world, almost all governments on the planet are tracking specific flows of information for clues or signs. But they are not compiling digital Citizen DNA for EVERY human being.

Just now I saw on CNN that the French prosecutor said that the terrorist from Nice had no file as potential terrorist, so he was not on the radar.

What I say is that EVERYBODY should be on the radar but with a good segmenting, an intelligent agency can assigned various danger levels, based on the chances that person will act or not.

There is a system that already does that for the corporate world – it’s Watson, from IBM. This system takes employees just hired and based their behavior, it indicates the chances for treason/going rogue/leave the company/bad behavior/…

With a Citizen DNA, when a potential future terrorist, with a high score, will enter in an area with high risks, or the system will detect patterns that are raising question marks, there is NO way that such terrors can happen. The algorithms and the AI will improve over time and the security will definitely improve.

Mapping the Violence DNA, the Criminal DNA, the wrong behavior DNA is the ONLY way forward.

Not holding hands and praying for peace. 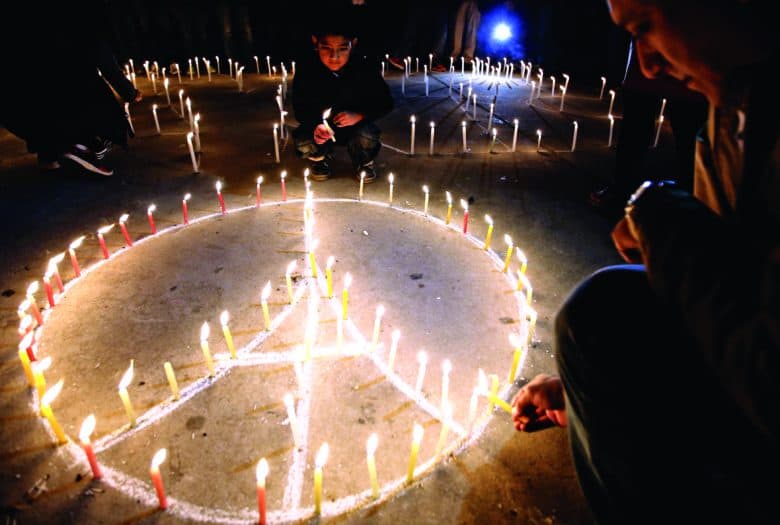