How people can be tracked even without a phone

There is a well known fact that your phone acts as a tracking device (and listening device in some cases).
There is also known that if you leave your phone in a Faraday’s Box, plus if you remove it’s battery (unless is an iPhone), you are safe of being tracked.

Well, last summer in Tokyo Future Museum I saw a working model of people/crowds tracking without any personal LBS (location based service).

The virtual place was called Anagura. It was a room, where at entry you scanned your QR code assigned at the entry of the museum (for personalized experience, language selector, etc). After that, a network of sensors from the ceiling tracked you wherever you’d go across the room. And in order for you to understand that you are tracked, a projected light circle of a specific color was lighted around you (also with your name and some IDs).

I tried to get rid of that tracking by quick moves left/right, because it was a latency in the system, but in several seconds, the damn sensors found me again and tagged me accordingly. 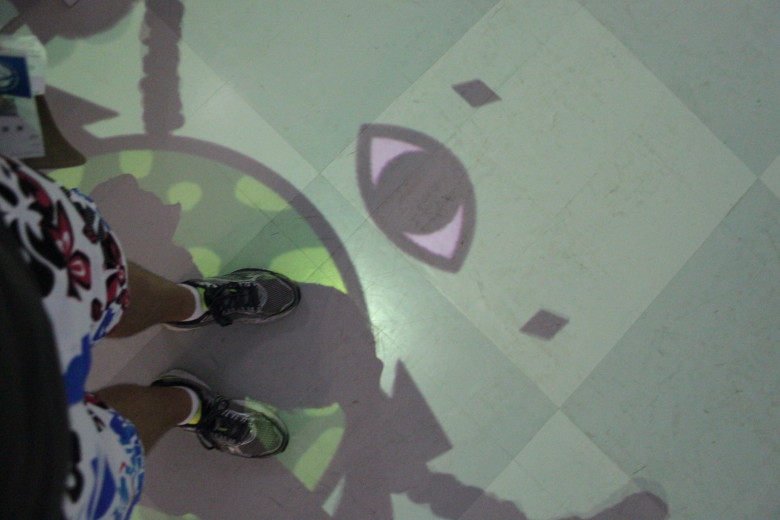 My feet in Anagura, Virtual City Tokyo. Even when I ran, the sensors found me in seconds.

Inside that room there were different sorts of information desk. When I was approaching one of them, they started to play automatically and interact with me. 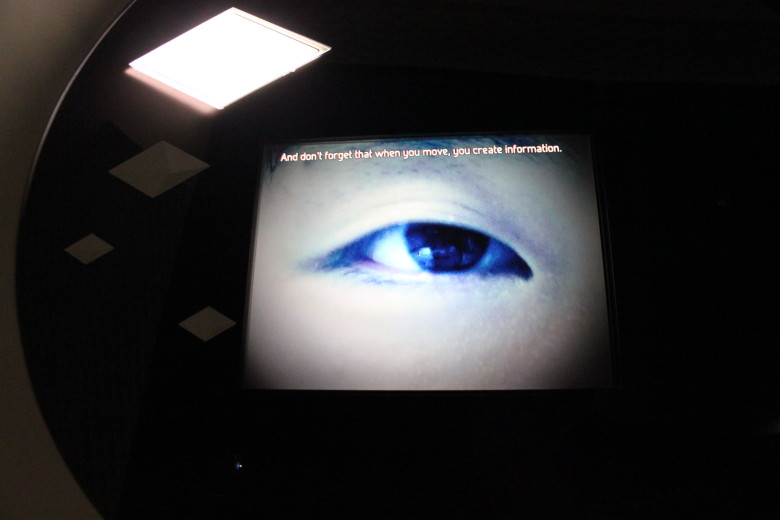 I am watching you in Anagura

The reason of Anagura? To demonstrate the efficiency of mathematics on controlling flows of people inside a space. For example, implemented at subway, this system would found that travelers would gain some time in crowded areas if some new procedures would be put in place. Japanese people = always improving stuff. 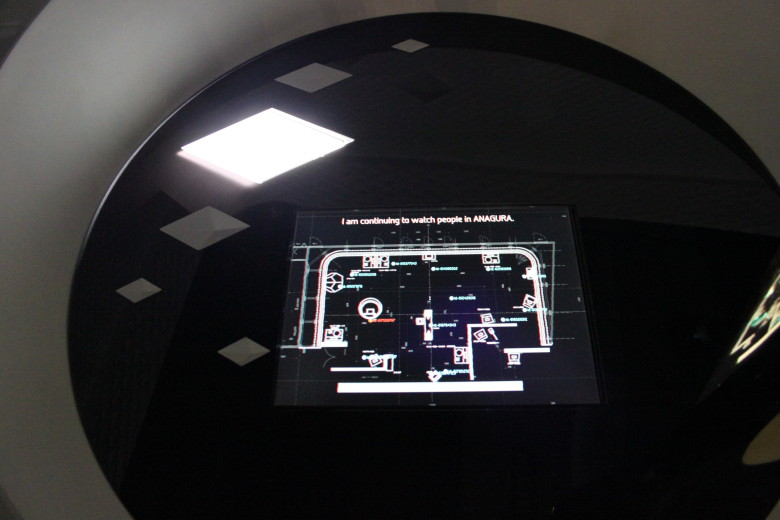 Graphic representation of Anagura. The red one was me 🙂